There are certainty many E-Commerce solution providers out there, but Shopify and Volusion are one of the two most popular platforms in the market today. And for good reason. Both platforms offer a great deal of customizability and functionality at an affordable price.

The goal of this article is to share with you my experiences with these two turn-key store builders and hopefully help you pick the right platform for your needs. I will be discussing and comparing the following 5 aspects of the platforms: price, ease of use, feature/functionality, speed and customer support.

Shopify’s and Volusion’s subscription plans are quite comparable, but their pricing structure as a whole is drastically different. If this sounds a little confusing, let me explain.

The fact is that it’s difficult to determine which solution is the better bargain without knowing your requirements. So instead of saying which company offers the best value, I will instead point out important things you’ll want to take into consideration.

Many Apps are not free nor are they one-time payments like the ones you find on iTunes. Most paid Apps range between $5 – 30/ per month, which can add up rather quickly if you’re an App addict. Also, while Shopify has a bigger Appstore, Volusion has more features built into their plans.

Hence my advice is to browse through the features within the subscription plans and Appstores; then make a list of desired features so that you can easily compare the cost difference depending on your specific needs.

Both companies offer a variety of free and paid store templates. If you are looking to purchase a template, they range between $80 – 140 at Shopify and $50 – 895 at Volusion. (Volusion has more free and paid templates)

Volusion has no transaction fee, while Shopify charges a 1-2% transaction fee. This is not the credit card processing fee that I am talking about, but an additional fee on top of that. As you can imagine this is a huge turn off for many people, but fortunately the fee can now be waived if you use Shopify’s payment gateway.

One of primary complaint from many Volusion users is its bandwidth cap. Unlike Shopify, Volusion does not give you unlimited bandwidth. Currently the overage fee is $7/per GB. Beware of this overage fee, because it’s not stated very clearly on their website. In fact, I only discovered what the overage rate was after emailing them about it.

Volusion vs Shopify : Ease of Use

If Shopify and Volusion were employees working for your business. Shopify would be the employee that only asks you the most important questions and will his own judgement for everything else. Volusion is the guy that wants everything to be perfect and will ask you every little detail. Do you think we should include a cover page? Single space or double space? How long should the executive summary be?

With Shopify, you get the sense that the interface naturally leads you. It gets you to complete the core aspect of your store such as choosing a theme, adding products, and setting up your domain as quickly as possible. After that is done, you can run wild and personalize the default settings of your store.

Meanwhile Volusion sort of throws you into the chaos and hands you a stack of resource books. I am exaggerating a bit here but I’ll give you an example to illustrate what I mean. To add a product to your storefront, Shopify has about 20 information boxes (text box/check box/dropdown menus) for you to fill in, some mandatory and some optional.

Guess how many Volusion has… I lost count but somewhere close 150. Yes, most of them are optional and you have a lot of features there; but it can overload you as well.

Especially if you’re not familiar with all the terminologies, you find yourself frequently asking: What does this mean? Is this part important? If I skip this part, will I be able remember to come back to it later? And so on.

Furthermore I ran into little annoyances with Volusion, like the product weight slot doesn’t specify measurements. Is it in kgs or lbs? I am sure I can probably find the answer to this question, but it should be clearly stated so that it’s not a question in the first place.

Volusion has more features out of the box and feels very tightly integrated. One of the features I really like is the vZoom function that allows customers to view sections of a picture in more detail; they seem to have this function standard on most if not all of their templates. Volusion by default also allocates a section of the product page for product description, functions, and technical specifications; while Shopify only has a section for product description

But there is one important feature that Volusion is missing. They don’t have an integrated blog… There doesn’t seem to be a reason to not include one, but something tells me it has something to do with their bandwidth cap.

If it weren’t for the absence of a blog functionality, Volusion would get easily the win for this round; but because blogs are such an important marketing component in my opinion, I’d have to rate this round a tie.

Volusion has a significantly larger selection of themes in both the free and paid category. I am not quite sure why Shopify lags so far behind in terms of template selection… but it is what it is. Since I last checked, Volusion had almost 4 times more free templates than Shopify.

In terms of customizability, both are great and will allow you to customize most of what you’ll want to do. However one thing that really really bugged me about Shopify is the limited customizability of the URLs, you can only change the handle.

For example, their product directory is called “collections” and there is absolutely no way to change that. This means that every store hosted by Shopify will have segments of the URL that are the same.

What surprises me is that the option to customize the URL and make it more SEO friendly should come basic nowadays; so I really hope this is something they will address in the near future.

While using both services simultaneously, I realized that I simply enjoyed using Shopify a bit more. Originally I thought it was just because of the cleaners and easy to navigate interface. However I started to speculate that pages loaded a tad quicker at Shopify as well.

So I decide to test it out and the results are inline with my suspicions. Using Pingdom, Shopify got an average performance rating of 84 while Volusion got a 64.

Shopify outsources their hosting to Rackspace, meanwhile Volusion made a move to hosting in house in 2009. This originally had caused a lot of problems relating to downtimes, which has now largely been resolved. Though I speculate that the slower load time and bandwidth limitation may have a little to do with them choosing an in-house hosting solution rather than outsourcing it to another company that specializes in it. (Volusion Review: Volusion ssl Coupon Code, Price, Plans, Free Trial)

In terms of support, Volusion has this one hands down. With Volusion, you really do feel that there is someone there to help you along the way.

For example, during my trial period they assign a consultant that contacted me just to ask if I needed any help. From my experience their response time was also significantly faster. As an experiment, I submitted a support ticket to both Shopify and Volusion simultaneously at 1 am pacific time.

I received a detailed response within 30 mins from Volusion; while it took Shopify a day and 12 hrs to response to my ticket. A 36 hrs response time is quite reasonable, but I’ll just say that Volusion’s responsiveness is simply impressive.

*I tested this again to make sure it wasn’t just a fluke, but got a similar result. Thumbs up for Volusion!

In summary, both are great and it’s extremely difficult to pick a winner. I feel that the better platform is so dependent on individual preferences and needs, it’s simply unfair to pick one; and so I won’t.

What I will say is that Shopify feels more suitable for start-ups and small business owners; while Volusion seems geared to catering larger more established businesses.

For one, Shopify’s layout by default look good even when there are very few products listed, it doesn’t feel empty. But Volusion’s default layout is easier to navigate if you have a wide array of products. Secondly, Shopify’s backend is simpler and easier to handle for an individual; the trade-off however is less optionality.

So it’s actually no surprise to me when Volusion says their store owners make more revenue than Shopify store owners.

It’s probably true, but I speculate that the higher sales isn’t due to a superior platform. It’s because young businesses sign up with Shopify and more established stores tend to go with Volusion.

For me, I chose to go with Shopify primarily for it’s user friendly interface and blog functionality.

And given that I was looking to start a small E-Commerce site that was selling less than 50 items, it was just a better fit. But as I said before, the right platform will be different depending on your needs.

Don’t just take my word for it though, I highly recommend that you give them both a try if you have the time. After all both platforms offer a free 14 day trial for you to test things out. 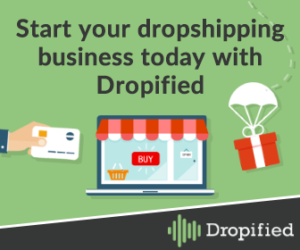 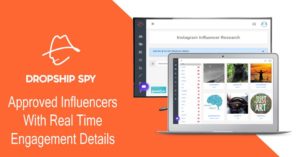 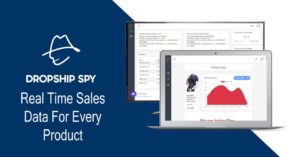 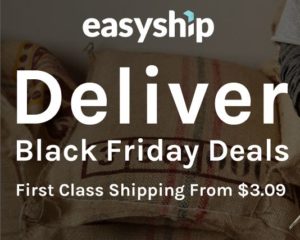 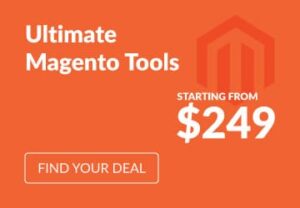 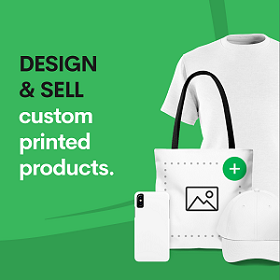